First of all we added a smear effect on when Red is moving and jumping! Thanks to our discord member Kirby and PhillipL for the suggestion of adding that effect It really looks and feels better and fits well for the character!

After many playtesting sessions we have gotten feedback about the health system being sub-par visually. It was mainly ugly and we have removed it from the old trailer because of this reason as well as it’s distracting.

In some cases we noticed players were surprised as they didn’t understand why they died when taken damage when the gameplay got extra hectic.

We did a lot of concepts of different health 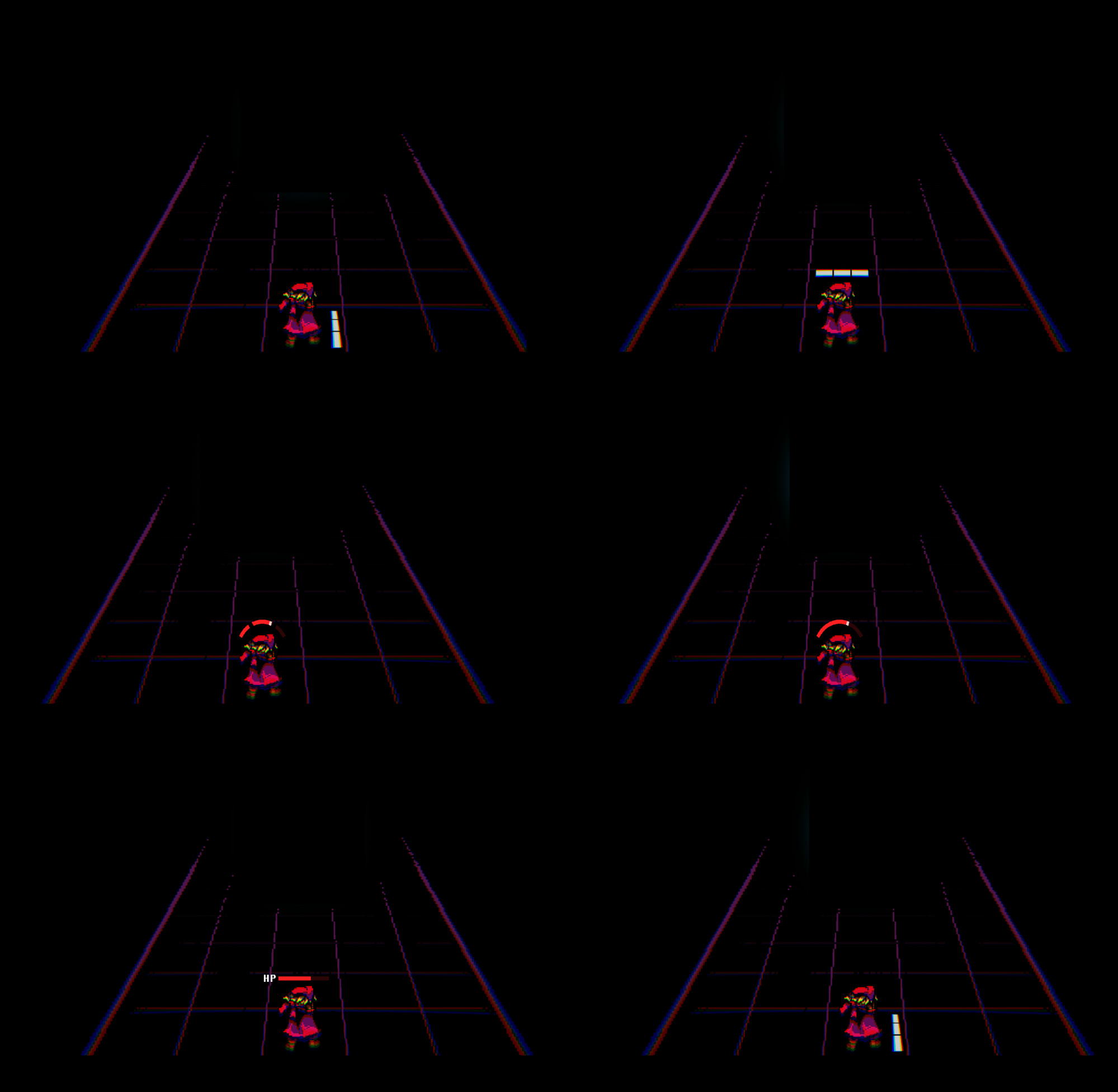 In the end we decided with this approach:

One important factor was to get rid of the bars as it will potentially unlock more design flexibility of some projectiles adding less damage and we can keep that number a bit hidden if needed, it could be a useful tool if needed. Previously we pretty much looked at rock bands and copied. Rockband’s solution is okay and very clear once you know what to look for but doesn’t feel entirely natural for non-gamers

We understand some players might feel it was better before, mainly that it was clearer before but we think the new design will feel more coherent in the world, makes it more clear for new players and also potentially helps us for balancing issues!

We also had some other health user interface candidate :

B- Reverse side bar

We might open a channel in our DISCORD to hear your thoughts.
Let us know what do you think ! What is your favorite health user interface??

Amazzing artwork made by https://twitter.com/TheOnlyPapaDra3 !

Hey, couldn't find any other way to reach you except for here. If you would find yourself in need of a russian localization, I would gladly do it, since the project looks extremely interesting and promising. You can reach me through discord (Arcanedusth#2068) or through e-mail: einzimmerth@gmail.com. Thanks!

Reply
Nathan and bros.2 years ago(+1)

I prefer the bar in the character